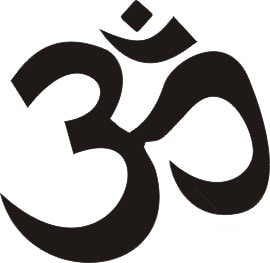 The four parts to the Aum — the visual depiction of Aum, the sound of Aum, the philosophy of consciousness behind it, and Turiya, the integration of the three — are reflective of The Matrix of Four.
​
I could not have deciphered The Geometry of Energy without The Matrix of 4.
Aum is one of the oldest and most powerful spiritual symbols representing The Matrix of 4.

The ‘Aum mani padme hum’ mantra stands for universal compassionate wisdom and method applied to the macrocosm of surroundings through the microcosm of the self. It is a matrix of four; a set of symbols that reflects the integration of duality and polarity — the universal and individual, through and into each other, like metaphysical mirrors. The power of ‘Aum mani padme hum’ is said to be activated by a fifth element, shri or hri, which refers to divinity itself.

Aum’ (also spelled ‘Om’) refers to consciousness in its four states and, specifically in this mantra, it symbolizes the universal macrocosm. ‘Mani’ means jewel and stands for the jewel that is the compassionate being. Within mani are the three jewels that are the Buddha, the Dharma (Buddhist teaching), and those around who understand the Dharma. Together they make the fourth jewel of integration called vajra. ‘Padme’ means lotus flower (symbolized with four leaves) and in this mantra symbolizes method and contains four aspects, yantra (philosophy), mantra (sound), mudra (physical positioning), and tantra (integration). ‘Hum’represents the notion of please or gratitude, as well as the microcosm and integration. It contains four (and sometimes five) parts; earth, air, water, fire (and ethereal) elements and represents the five forms of awareness and the four foundations of mindfulness.

“Om is the infinite, but hum is the infinite in the finite, the eternal in the temporal, the timeless in the moment, the unconditioned in the conditioned, the formless as basis of all form, the transcendental in the ephemeral: it is the wisdom of the great mirror, which reflects the Void as much as the objects, and reveals the ‘emptiness’ in things as much as the things in the ‘emptiness’. To see things as parts, as incomplete elements, is a lower analytic knowledge. The Absolute is everywhere; it has to be seen and found everywhere.” ~ Lama Anagarika Govinda, Foundations of Tibetan Mysticism

The sound of aum used at the beginning of meditations and mantras also contains four parts. It is known as the unstruck sound, the sound of the celestial realm — the sound that just is. There are A, U and M sounds in its pronunciation, and the fourth sound, the unspoken aspect, is the sound of silence.

The aum symbol  displays four main parts in its four curves, representing four different states or levels of consciousness. The fourth and pinnacle state — being behind the veil — is symbolized as the point or dot above the fourth curve.

The states of consciousness communicated in the Aum include the waking state and the dream state, being the first two polarities, represented by the lower curves. These are the two main aspects of consciousness people generally go through on a day-to-day basis. The third state, represented by the simple curve above the bottom two larger and more complex curves, is the deep sleep state, which is akin to being in a meditative state. The fourth state of consciousness represented in the Aum, the most developed and distinct state in this set of four, is deep awakening, known as the point of truth behind the veil of illusion. It is represented by the simple yet distinct mark at the very top, above the other states. It is the supreme state which is difficult if not impossible to describe, let alone attain.

The four parts to the Aum — the visual depiction of Aum, the sound of Aum, the philosophy of consciousness behind it, and Turiya, the integration of the three — are reflective of the matrix of four. Moreover, each of the four parts are matrices on their own, the intersections of duality and polarity.
Aum is based on four parts and reflects the duality of polarity in its elaboration on human consciousness. Aum begins as a physically derived idea, as well as a godly one, with the notion that it represents the sound of the creation of the cosmos. It expands in a basic understanding of consciousness, while eluding on how to develop it: Aum, the unstruck sound, represents the unchangeable all-permeating forces of the universe, like gravity, as well as consciousness. The sound itself has four different parts, and the fourth part is distinct and special among them — silence.

The symbol also has four parts to it, representing the duality of the wake state and sleep state, and the polarization of deep sleep, and deep awakening. Like the silence and the integration of Turiya, deep awakening is the distinct and most profound fourth part of the set. It is Maya, depicted by a dot above with a veil below it. Maya, described as sea of suffering, is of our own manifestation, whether personally or collectively, and it requires the piercing of the veil to surpass it — to cross the Sea of Suffering.

By embodying the mantra ‘aum mani padme hum’, and remembering the importance of the vital fourth part of its matrix — the silence, the integration of duality and polarity, and the deep awakening — we are all capable of enhancing ourselves and our consciousness, and uplifting those around us. 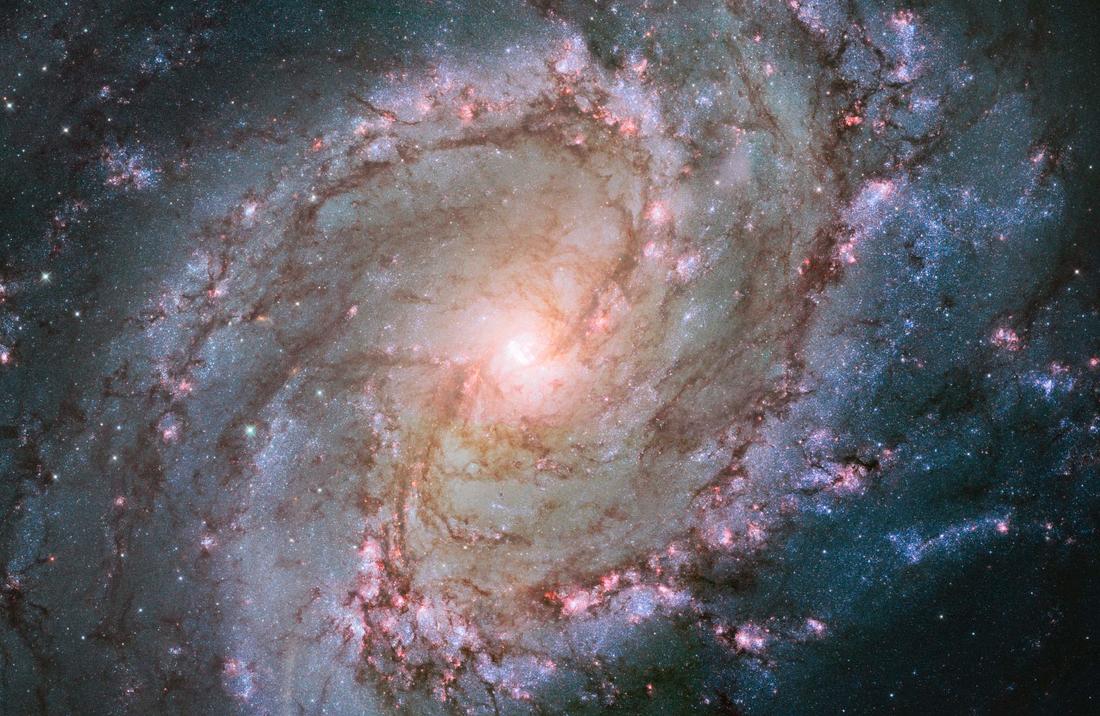 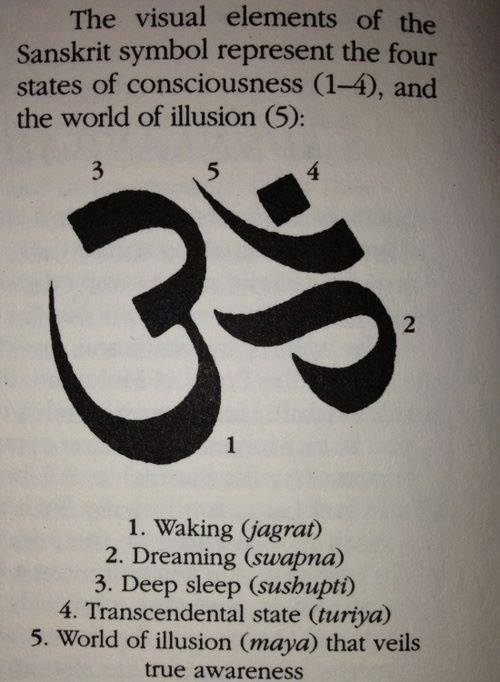